I'm sure I'm not alone in this. As a true fabriholic, I tend to "stalk" my favorite online fabric stores and when I see something that sings to me, I just mindlessly hit the buy button even without a real project in mind. I have been trying to control myself and exercise restraint but when I saw this digitally printed linen from Marcy Tilton, all resolutions flew out the window!

This fabric didn't stay long in my stash box. I was ready to cut and sew it right away. I knew I wanted a tunic length top. I considered some Marcy Tilton patterns but found the style a little bit overwhelming for my size. I also thought a simple non-pieced cut would do more justice to the beautiful print. And I knew I wanted a rolled collar. Somehow I was envisioning a style like Audrey Hepburn's casual style. Googling "rolled collar" led me to the Maven Pattern's French Dart Dress. Although there was only one review published at the Pattern Review website, Instagram had a lot of inspiring photos.

I purchased the PDF version of the pattern from the Maven Pattern website. I love that the PDF included both copyshop and print at home versions and the "layer" option which allows one to choose which specific size to print. And even though I was not a fan of the included 1 cm seam allowance, the sewing lines were printed along with the cutting line so it was easy to trace my own seam allowance. I prefer a wider seam allowance as it gives me more leeway for fitting adjustments. A wider seam allowance is also best when dealing with fabrics that tend to ravel.

I have multiple fitting issues so more often than not, I sew a toile. 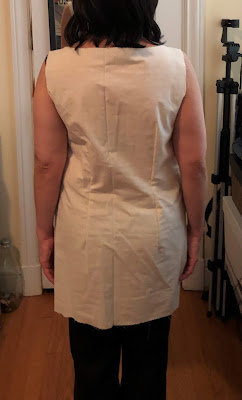 This is my first version with no adjustments. I cut a straight size 8. When I compared my body measurements to the chart, I was between size 8 and 10. Fortunately finished garment measurements were included so based on that, I thought size 8 was going to work. It had about 2-1/8" wearing ease.

As can be seen from the pictures above, there was a slight pooling of fabric right in the middle area owing to my swayback.

After many trial and errors, pinching and pinning, my final fitting adjustments were as follows:

*added two darts 2" long and 1/2" wide along the back neckline, about 2" from the center back. Consequently, I had to make the same amount of adjustment to the collar length so that it would fit around the neckline.

*pinched off 3/4" from the back armscye 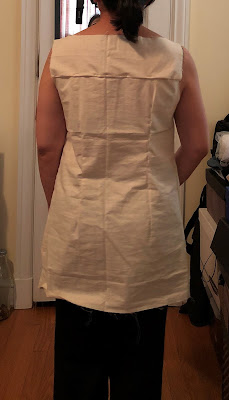 The resulting fit was good enough for me. It was not form fitting, but still shapely and I was still able to slip it on without any closures.

I omitted the inseam pockets and shortened it to top length. I also made it sleeveless and finished the armhole by using bias binding from self fabric. 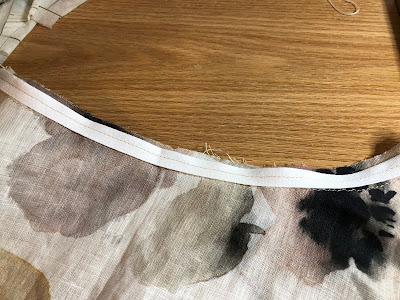 A nice touch included in the pattern instructions was the application of stabilizing tape around the neckline. I used a cotton twill tape and eased the neckline by about 1/4". 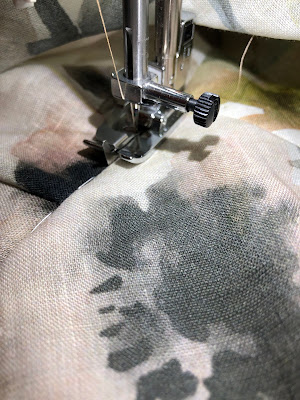 Stitching the collar in the ditch. 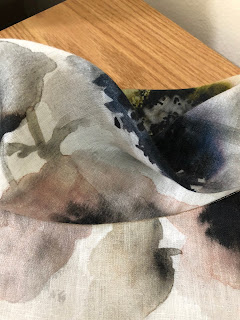 View of the finished collar from the outside. 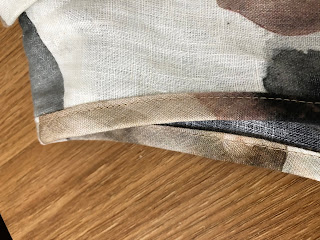 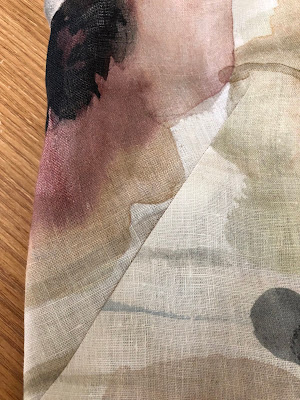 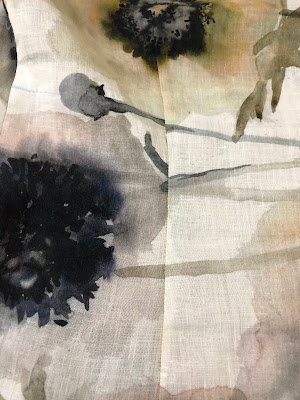 Darts in the back. 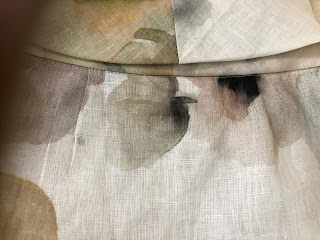 The two small darts I added along the back neckline. 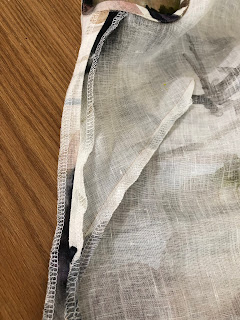 Inside view of the French Dart and front side seams.

And here are pics of the finished top. 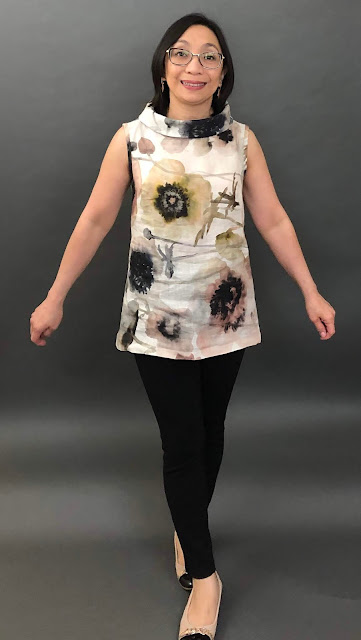 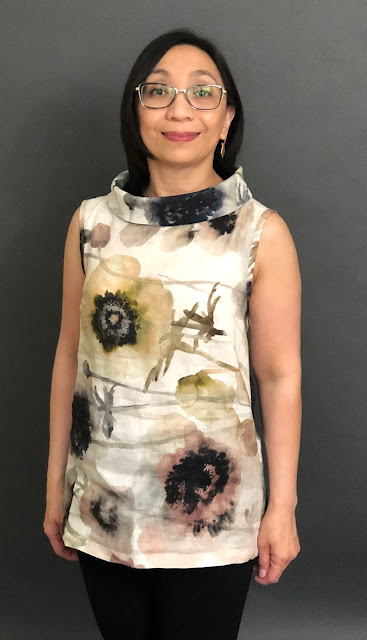 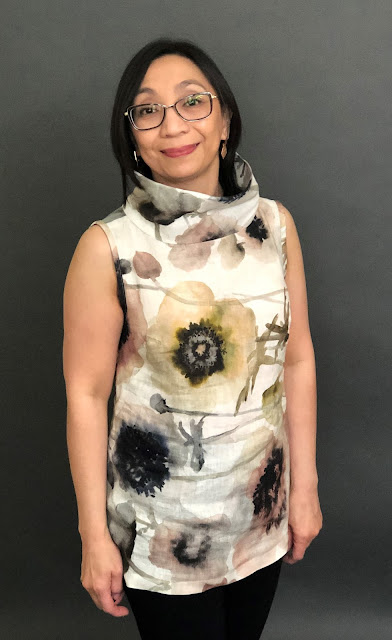 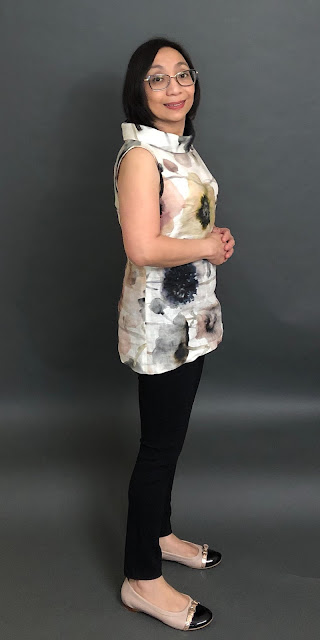 Finally a note about the fabric layout. The print is a one way design but unfortunately along the crosswise grain. I was hesitant to disregard the lengthwise grain as I was not sure how it would affect the drape. The fabric had a little bit of body and tended to pouf out in areas. I think the design still worked okay. The stems running across widthwise instead of vertically looked like some sort of border print so I was fine with that.

I really love this style so expect more versions in the near future! 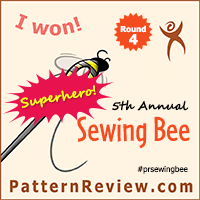 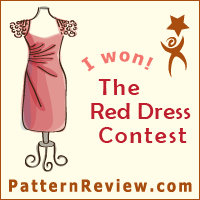